A picture may be worth a thousand words, but the 360-degree video footage shot by In-GeniusVR is the next best thing to actually being there, giving a powerful foretaste of your travel destinations and a brilliant way to inspire your wanderlust. We’ll let the footage shot during Escape and Explore’s pioneering SUP expedition to the inviting coastline of the Quirimbas Archipelago in Mozambique, do the talking. 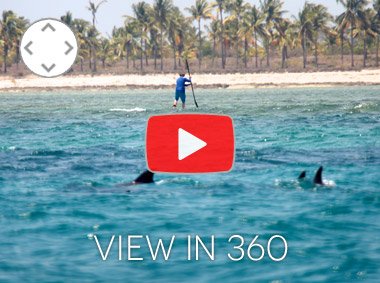 Open this clip on your smartphone, tablet, PC or Laptop and scroll around 360 degrees sphere of this action footage of Escape+Explore’s Pioneering 2015 Expedition to the Quirimbas. Test your virtual reality (VR) navigational skills and let us know how many dolphins you spot? 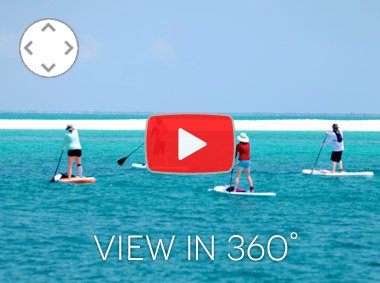 Whet your appetite for our SUP adventures with this immersive 360 Degree ’teaser’ of our expedition. From landing at the gateway to the Quirimbas, Ibo Island and spending a night in the historic ’Swahili’ ambience of Ibo Island Lodge prior to setting sail on a traditional Dhow for the SUP adventure of a lifetime, a SUP safari over warm Indian Ocean waters, along pristine palm-lined beaches and dolphins’ playgrounds.

HOW BEST TO VIEW 360 FOOTAGE 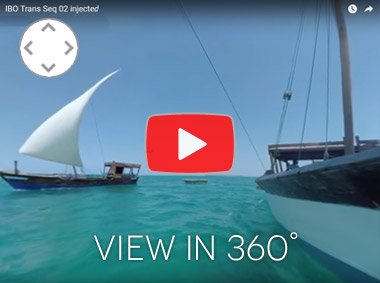 VR/360 can be viewed on laptops, tablets and smartphones (with or without extra headsets) – both YouTube and Facebook – support VR 360, simply move your mouse or your phone around to ‘look around’ the full 360 degrees of view. For best results, online 360-degree video should be viewed at the highest resolution via Chrome or Firefox browsers. Alternatively, Facebook and YouTube are enabled for the viewing of 360 videos which can be shared and viewed there. 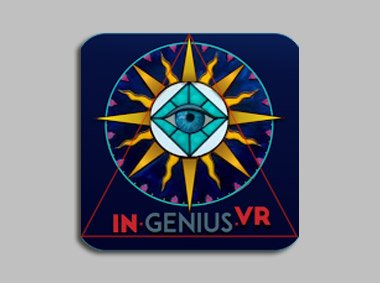 In-Genius-VR is a specialised unit of The Network Productions International, a South African production company based in Cape Town which has been producing high quality commercial commercials and stills, for twenty years.  InGenius-VR was formed in early 2015 and boasts a  highly qualified team of programmers, creatives and film makers, who are able to supply all image requirements for their clients – stills, traditional 2D and 360 degree video. Find them here www.ingenius-vr.com or view their YouTube Channel 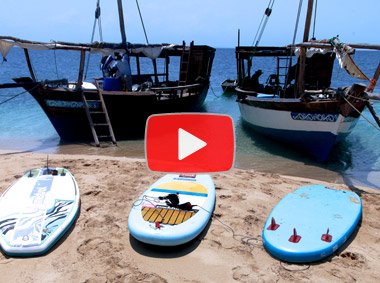 If all this Virtual Reality footage puts you in a spin, have a look at the full 3 minute documentary of our journey through the Quirimbas, also produced by the In-Genius-VR team. 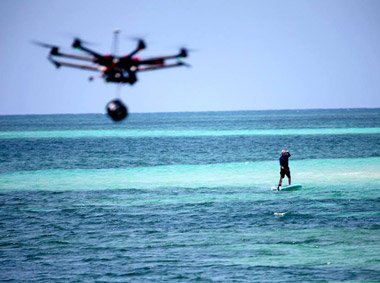 There is something very special about being on a pioneering trip of any kind. The Escape and Explore SUP expedition was no exception. We were very lucky to have Duncan Robson and Keith Shirley and their team capturing the experience. Here is an album of some images of our trip, they shot behind the scenes. 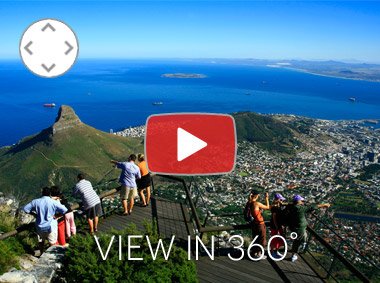 360 view of some of the most popular spots we like to show off on our Private Cape Adventures. Look out for the paragliding high above Lions Head just amazing in its full 360 degree glory.

NAMIBIA THE NEXT FRONTIER 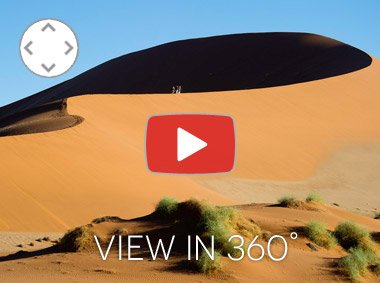 Namibia watch this space Escape+Explore are in the process of putting together the ultimate Namibian adventure. Here is a 360 Degree taste from our partners In-Genius-VR of this amazing country.