An exclusive invite to partner Tour Operators and/or their clients to join our Pioneer Quirimbas SUP Expedition to Mozambique. 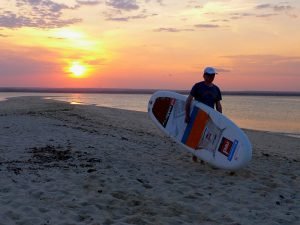 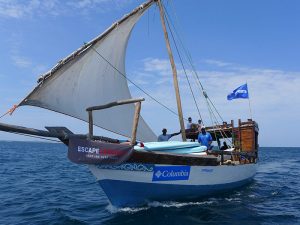 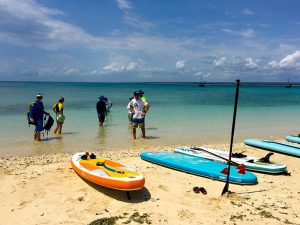 Who can go: Escape+Explore partner Tour Operators and Press plus their guests are invited. This is a voyage of discovery rather than a vacation or holiday as you help us establish the itinerary for future trips to the area launching in 2016. As we have a dhow following intermediate paddlers relatively new to the sport are welcome as we have the option to rest on the dhow during the day.

Do you have a sense of Adventure? Want to explore a region where few have been before? Leave behind the modern world combining the freedom of Stand Up Paddling with the backup of a traditional Dhow to navigate the ancient trading routes of Northern Mozambique.

Embark on a truly unique Mozambique Stand Up Paddle Journey. Awaken your inner adventurer with an un-equalled island and cultural exploration in one of the last undeveloped places in Africa.

The aim of this trip is to lay the foundation for future Escape+Explore Stand Up Paddle adventures to the remote Quirimbas Archipelago. Combining Stand Up Paddling (SUP) and dhow sailing exploring rarely visited coastal rivers teeming with rare bird species, through pristine mangrove forests and between remote deserted uninhabited beaches and islands. Follow ancient trading routes, snorkel off white sandbanks and sleep in mobile eco fly camps set up for you by your crew on pristine tropical islands.

The Quirimbas SUP Expedition will start in luxury at Ibo Island Lodge with 2 nights to explore this on a historic Island that time has forgotten. Once the hub of the mighty East African trade routes, Ibo provides plenty of mystery, culture, heritage and wonderful photographic opportunities. From Ibo we will set sail under the expert care of an experienced dhow captain and a local crew who will set camp each evening and conjure up fresh seafood and traditional cuisine over an open fire under island stars. All you have to do is soak up this once in a lifetime experience.

Explore the historical forts and Stone Town of Ibo Island.

About Ibo Island: Imagine a remote Mozambican island lost in time and almost forgotten to the outside world for nearly a century. Picture grand, majestic architecture, some lovingly restored to their former glory while others have fallen into crumbling, marvelous ruins. Ibo’s 200-year-old ghost town and 16th Century forts make for a fascinating journey to an era long forgotten. Interact with the amazingly friendly local people and observe their unique island culture and heritage and a way of life that has not changed for hundreds of years. On Ibo Island the secret art of silver smithing is still alive and well as well as the dark art of voodoo! Wander around the mysterious ruins amongst forts and ancient trade buildings with many fascinating stories waiting to be told.

About Ibo Island Lodge: Ibo Island lodge has spectacular views over the waterfront and accommodates guests in simple yet elegant air conditioned rooms. A historic colonial mansion with high ceilings has been stylishly renovated to accommodate the lodge with various verandas, tropical gardens and a spectacular roof top restaurant that provides the ideal venue to watch the sun go down.

Sunrise and Dolphins: Rise at Sunrise to jump aboard our traditional Dhow to Light House Point on Ibo Island for an opportunity to paddle and swim with Bottlenose Dolphins in clear blue water.  Far from a commercial experience this is a secret spot that only local fishermen, the owners of Ibo Island and a handful of other people know about. The dolphins are friendly and seem to enjoy approaching water craft. A very special experience.

Sand Bank Breakfast and Snorkel the 18th Century Wreck: Paddle (or jump aboard the dhow) to a sandbank off Ibo Island that presents itself at low tide. A well-deserved breakfast will be served with time to relax and snorkel including exploring the wreck of an 18th Century Coal Steamer submerged next to the sand bar.

Be the 1st to SUP the remote Darumba Estuary: We will set sail from our sand bank to the mainland. It would be hard to find anywhere that feels further from modern civilisation than the beautiful Darumba Estuary. Pass a handful of small fishing villages and the most amazing birdlife as we wind up the estuary with a pushing tide to take us beyond the normal fishing boat channels for a chance to navigate real off the charts Africa! The Dhow will wait for us at the Estuary mouth as we enjoy a slow paced paddle up stream with aid of the tide. Turning with the tide we’ll head back to the dhow for a late lunch before returning for our 2nd night on Ibo Island.

Paddle an Ancient Mangrove Canal: Either relax before breakfast or join a paddle through an ancient Mangrove canal cut by slaves in the 1790’s linking Ibo Island to Ilha de Quirimba the island that gives the name to the Archipelago.  The canal enables us to reach the island of Quirimba via the mangroves and provides a unique paddle into the watery canals and trees where few modern boats can go.

Paddle to Ilhe Metemo Matemo: After breakfast head out from Ibo Island to Ilhe Matemo. One of the bigger islands in the area with some of the finest beaches and home to our first island camp. Depending on conditions we will paddle with the Dhow following between the two islands.  The day will be spent exploring the waters around Matemo including some amazing snorkeling and picture postcard beaches. 2km from our beach camp is a local fishing village that has had little exposure to tourists which we can walk to and get a real taste of authentic island life in this remote part of the world.

Paddle Distance: 12km including open water between the two islands and sheltered paddling along the reef of the island itself.

Day 4 and 5 Paddle between Coral Atols and Deserted Island

Paddle to Mogundula Island via sunken reefs and coral atolls: Leaving Camp at Matemo we will paddle via Rolas Island giving us a chance to rest and snorkel. Now on ‘island time’ the rest of the day will be unrushed as we continue our paddle via The Zala Banks and Rolas Reefs enroute to Mogundula Island giving us a chance to watch the sea life in this protected and pristine marine reserve dart about our boards.

Coconut Crab arrival at Mogundula: Uninhabited our welcome at the islands white sandy spit that protrudes from the end of the island will more than likely be from the World’s largest land Crabs ‘Coconut Crabs’ incredibly rare (and not at all dangerous!).

About Mogundula: Mogundula Island is one of the best islands in the archipelago which is why we spend 2 nights here giving us a fantastic base from which to explore. Known by the locals as the island with the sacred lake it provides us with beautiful bird watching, pristine swimming off the sandbank beach and excellent snorkeling. It is rare for an island in the region to have an inland lake and this adds to the wild life and lushness of the island. Our mobile camp is set under the shade of trees on the beach edge.

Two Days Exploring Islands and Reefs: Over the next two days we will explore this remote area paddling to the Macaloe Island (5km) with it’s fascinating and rarely visited 17 century fort and church. We will seek out deserted islands and submerged reefs living a Robinson Crusoe life.

We will set sail from Mogundula to the remote mainland village of Mucojo, from here we’ll get our first real experience of remote North Eastern mainland Mozambique as we take the 4 hours transfer back to Pemba an adventure in itself. Expect to see huge Baobab, Mango and Cashew nut tree’s set amongst the rural villages that dot the road.

View From Space, The Plane and Your Paddle Board

For our Quirimbas SUP Expedition we have had our logistics in Mozambique sponsored by Ibo Island Lodge. As Pioneers you will need to see this trip as a voyage of discovery rather than a vacation or holiday as you help us establish the itinerary for future trips to the area launching in 2016.

THANK YOU to Ibo Island for sponsoring Accommodation and a Dhow to make this pioneer trip possible.